Even though knowing JavaScript internals is not required to write programs, it's always useful to understand some implementation details of the language, especially from a security perspective.

In this article I'll focus on what is the prototype chain and which are the security implications associated with it. But let's start with a basic introduction about the JavaScript runtime environment. 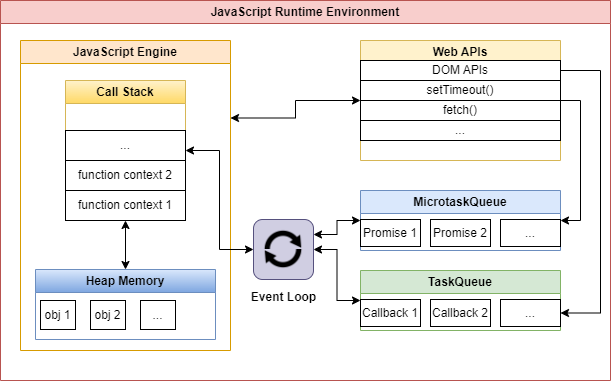 A JavaScript object is basically a collection of properties, each with a corresponding value (which can be an object as well) . For example the following code, initializes a new object user with 2 properties (a username property of type string and a isAdmin property of type boolean).

After object has been created, we can refer its properties using either the dot notation:

console.log(user.username); // will print "John" to the console

or the bracket notation:

console.log(user["username"]); // will print "John" to the console

JavaScript is a prototype-based language which is slightly different from a "classic" Object-oriented programming language (like Java).

In JavaScript each object has a private property which points to its prototype. This is true until we find an object with a null prototype. This mechanism allows developer to navigate the prototype chain of any object.

For example, let's analyze our user object (you can reproduce the same example just by opening the developer console in your current browser). We can see that the prototype for our user object (referred as [[Prototype]]), is of type Object. This means that our user object inherits any property that is defined in its prototype. We can see why this is really useful, by declaring a simple array and using the inherited toString function to print all the array elements and the inherited length property to print the number of elements: 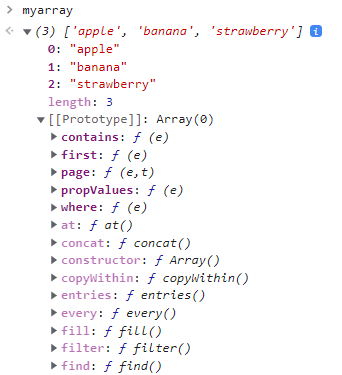 JavaScript allows to access the prototype of any object, using the __proto__ property:

Furthermore, we can even overwrite the __proto__ property. For example, here we are setting the user prototype to null which means that the object will lose the inherited properties from the Object prototype. We can confirm by verifying that the toString function is not defined anymore for this object:

How attackers can abuse the prototype chain

Let's imagine we have a Node.js application which only allows administrative user to access some privileged functionalities. The check could be implemented as follow:

where checkUserPermissionDB performs a database query and returns the user permissions as a JavaScript object.

Now, if the application includes some unsafe function which allows an attacker to overwrite prototype properties, the attacker can easily bypass the security check and access the admin functionalities.

For example, let's say that this application also includes the possibility to update some user data, like age, description, language and so on.

This merge(target, source) function is basically recursively merging all the properties from source object to target object. For example, if we have an object obj1 and an object obj2 defined as follows:

after calling merge(obj1, obj2), object obj1 will be:

What happens if an attacker will try to send the following payload instead?

As the attacker defined the __proto__ property as an object, this will trigger the vulnerable merge function to copy all the properties defined by the attacker to the target object prototype (which is the Object prototype). This means that any object from now on, will inherit the property isAdmin:true. In this specific scenario, any user (not only the attacker) becomes an admin user!

This type of attack is known as Prototype Pollution and it can lead to critical security incidents. It's worth to notice that similar attacks can happen client side (for example it can be used to trigger cross-site-scripting attacks).

How to prevent prototype pollution attacks

Merging (or cloning) objects without any prior validation can introduce prototype pollution vulnerabilities. More in general, any user input that is used to set nested properties should be carefully sanitized.

It might be really hard to write a robust and strong validation procedure, so the general advise is to always use well known and well tested open source libraries for this kind of tasks.

There are several additional methods for avoiding prototype pollution vulnerability, among which:

If you want to learn more about prototype pollution and read about few real vulnerabilities discovered "in the wild", please refers to the following resources: